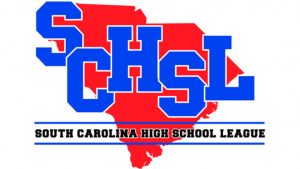 The realignment will not be final until all schools’ appeals are heard by the Classifications Executive committee.

Legion, previously an “At Large” school, has been moved to Class 2A with Football participating in Region 2 and all other sports in Region 3.

Abbeville and Ninety Six are set to move to Region 1-2A. Liberty, Crescent, Christ Church and Greenville Tech (non-football) will join Ninety Six and Abbeville.

No Events This Week

Events are added by athletic staff.
View All Events